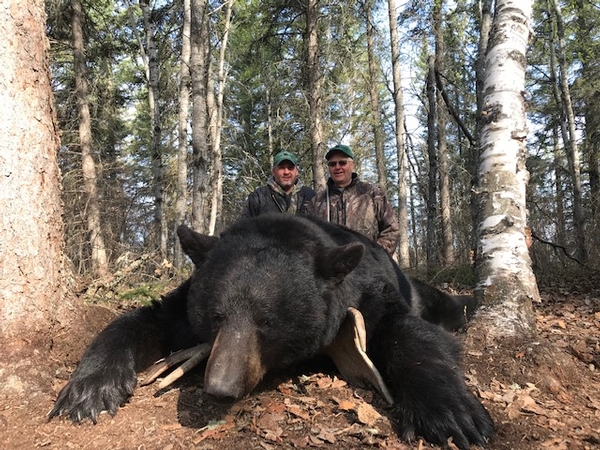 Pictured is John Petersen of Minnesota with his second record book black bear taken with us in two years. John traveled up to Manitoba to receive his award from the Manitoba Big Game Trophy Association Awards evening for his first book black bear and now will make the journey up once again on April 2019 to accept his second award for this monster Manitoba spring black bear he took with us in the spring of 2018. Johns bear weighed over 400 pounds and squared 7.6'. Congratulations John and see you again in April!!