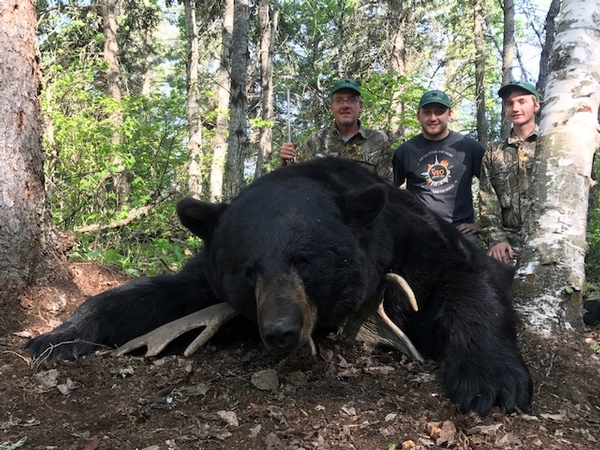 Pictured is just one of several monster black bears taken with Agassiz Outfitters during the spring of 2017 with hunter; Terry from Oklahoma, guide Brendan Liske and Terry’s son Caleb who also shot his first black bear ever. Terry passed up several bears on the first evening of his hunt which paid off big time. Terry shot this gigantic boar on the second evening of his hunt when a big sow worked the bait with him right behind her. The rut was on! Terry’s monster bruin should go in the top 5, hopefully top 3 in Manitoba for non-residents in 2017. Congratulations Terry!!