Majestic Monsters of the North 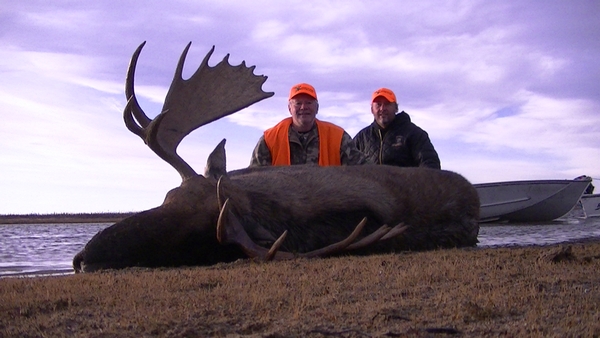 The weather was just right, cooler,  light to no wind and the rut was on. Wayne and his buddy both from Illinois had hunted moose with us on several occasions and had taken some real monsters in the past so Wayne was holding out for another good bull. After passing up on a few smaller bulls, this big bull was spotted with a cow and 2 calves by his guide Bob Hyshka about an hour before dark on one of the islands. Wayne didn't waist any time and made a well placed shot from about 200 yards dropping the monster bull in his tracks. Congratulations Wayne, what a bull!